Celebrating Pride: What June Means For LGBTQ+ Visibility in the Arts 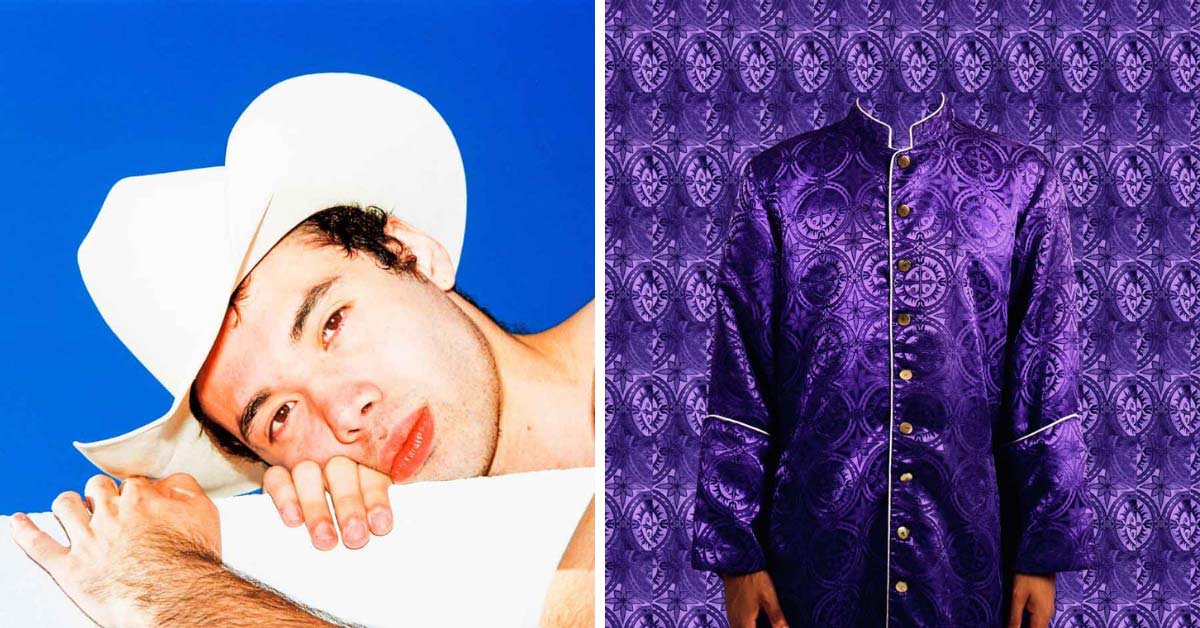 It’s that time of year again: rainbows are popping up all over the place, which means Pride Month has arrived. While June is seen as a time to celebrate progress toward equality in the LGBTQ+ community, it’s also an opportunity to reflect on the fight for representation, visibility, and bodily autonomy.

“Not having representation in the mainstream media, historical narratives, or even within a whole culture creates trauma,” says photographer Felicita Felli Maynard, whose self-portraits stake a claim for widespread Black, queer, and trans visibility. This month, NOT REAL ART joins the fight for representation by highlighting five artists, including Maynard, whose work emphasizes the need to tell LGBTQ+-centered stories.

“Not having representation in the mainstream media, historical narratives, or even within a whole culture creates trauma.” —Felicita Felli Maynard

Rendered in delicate colors with “selective simplicity,” Bjork’s work is intentionally soothing. The artist uses eggshell white, face-mask green, and fuzzy-blanket blue to create intimate, stripped-down spaces. Emotional wellbeing through intimacy and acceptance remains a touchstone for Bjork, who often creates vignettes of the queer community—a demographic especially susceptible to mental illness. She notes: “Narratives of intimate relationships are important for displaying the peace and support that everyone strives for in their homes and in their heads—peace and support that so often we are lacking. My paintings intend to bring that support in our surroundings.”

“I want to focus on finding my place as a gay Black man in the religious world that I was birthed into,” declares Los Angeles-based photographer and creative designer Caleb Griffin.

The artist’s recent Holy Gestures series does just that. Replete with plush purples and an extraordinary satin church hat, the photographic series sifts through Griffin’s upbringing in the heart of the Bible Belt: Montgomery, Alabama. “Being the son of a Baptist pastor, religion completely framed my existence,” he writes in his artist statement. “Understanding my own emerging queer sexuality within this paradigm was extremely complicated.”

As a pastor’s son, Baptist doctrine dictated the now 24-year-old Griffin’s youth—even the media he consumed was regulated according to church guidelines. As such, the young artist struggled to find a comfortable place within the rigid confines of his religious community. Holy Gestures works to define which aspects of Griffin’s identity were built upon these social expectations, allowing the artist to choose which parts of his upbringing he’ll carry into adulthood.

Maldonado uses bare flesh to symbolize vulnerability within sexual expression. “Longing for freedom, the relentless search for happiness, and coming to terms with your own sexuality in a repressive environment are themes I continuously address within my art,” he writes in his artist statement. Though vulnerability is often seen as a weakness, especially in men, Maldonado turns it into a strength, reveling in soft curves, plenty of tighty-whities, and phallic lawn care equipment. While titillating, an introspective streak runs through his photographs, reflecting the early loss of innocence and identity at the hands of a heternormative and cisnormative culture.

Learn more about Patricio: Photographer Patricio Maldonado Bares Everything in a Joyful Act of Self-Expression

LA-based painter Adrian Cox questions the foundations of modern myth. His narrative-based work tells a sweeping tale worthy of Tolkein, revealed over the course of several elaborate series. Dream Country, Cox’s latest body of work, broadens the fantastic story at the heart of his work: “My paintings chronicle the lives of the Border Creatures, a group of hybrid beings that live in the verdant wilderness of the Borderlands,” Cox explains. “The Border Creatures exist in symbiotic harmony with the natural world, but are antagonized by the Specters, spirits of pure energy that casually burn the landscape that they walk upon.”

To live in the borderlands, as poet Gloria Anzaldua would say, implies you’re “caught in the crossfire between camps.” Though his work is pure fantasy, Cox deftly draws parallels between the persecuted peoples who appear in Dream Country and those caught in the crossfire of modern myth-making. Cox, who grew up in the Deep South with closeted queer parents, is especially sensitive toward harmful myths surrounding the LGBTQ+ community.

“My parents are about as far from traditionally Southern as it gets,” he says in an interview with Voyage LA. “There was a good bit of social camouflaging that we did to blend into the community there. One of my mothers is transgender, and my parents decided that we would have to live closeted for the sake of safety and job security,” he continues. “We cooked up a false family history to convince people that my parents were totally heteronormative.”

“Mojuba: an expansive memory refusing to be housed in any single place, bound by limits of time, enclosed within the outlines of a map, encased in the physicality of body, or imprisoned as exhibit in a museum,” writes Afro-Caribbean writer, teacher, and activist M. Jacqui Alexander. This quote lives at the top of Felicita Felli Maynard’s artist statement as the guiding force behind their work.

New York-based artist and activist Maynard’s series Studies on a Fluid Body includes collodion wet-plate photographs, ambrotypes, and tintypes that represent Black, queer, and trans bodies, subjects historically excluded from Eurocentric mainstream media. “From a young age, I was taught a colonialist history that centers on the voices of white, heterosexual men, which is damaging to people who look like myself,” Maynard writes. “Not having representation in the mainstream media, historical narratives, or even within a whole culture creates trauma,” they continue.